History of the Cromhall Flower Show

The following information has been kindly supplied from a talk about the history of Cromhall's Flower Show given by the chairman, Ray Padfield.

The first Cromhall Flower Show was held in 1945 to welcome home all those who had been on duty in the 2nd World War.

The show is a one-day event, and used to be held in the middle of August until 1973 when the date was changed to the first Saturday in September.

The first President was the Countess of Ducie. The earliest show schedule we have is from 1953 which was the 9th annual show - then there were 25 general committee members and 5 officers making a total of 30 committee members in all. Current President Gilbert Bryant had already joined the committee then - an impressive record. 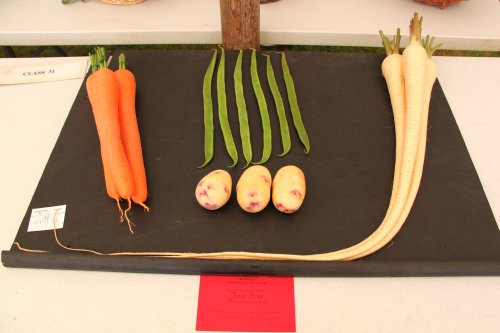 In the early days the schedule was divided into Open classes and Cottagers' classes, or residents' classes as they are known today.

Some of the earliest shows were held in the field opposite where Mrs Screen lives today. Amongst other things going on were clay pigeon shooting, athletics for all ages and a boxing display by trainees from the naval training ship called the Vindicatrix from Sharpness.

From there the show moved to Heathend Court where it stayed for a good number of years before moving to the field at Longcross. This was thought to be an ideal site because of the close proximity of the Village Hall. Indeed, one year gale force winds forced the marquee to be abandoned and everything took place in the hall - a somewhat curtailed show.

From Eric Scolding's field it has moved to its present position in the school field where hopefully it will stay for a good number of years.

Some of the children's classes have changed with the times: there used to be a collection of wild flowers, and another of wild grasses in a 2lb jam tin. Later this was changed to a 2lb jam jar, and then in more up to date terms to a vase. Of course neither of these classes are now in the schedule. Neither is there a class where the children had to collect the largest number of white butterflies - dead of course - from June onwards. This would not be allowed today. 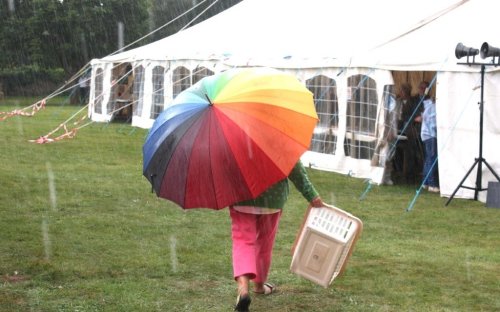 In 1994 the venue moved to the school playing field and Mrs Ros Nieboer became president. The Open and Residents' classes were merged to encourage more entries and add more classes. In 1995, through long association with the show, Ann and Gilbert Bryant became life presidents.

Although the Flower Show is the annual highlight, the Cromhall Horticultural Society organises events throughout the year. To find out more, visit their page.